The controversies surrounding Grotowski in Iran

In response to an invitation to the Shiraz Art Festival In 1970 Jerzy Grotowski accompanied his Teatr Laboratorium and travelled to Iran to perform „The Constant Prince” in the ruins of Persepolis. This encounter made a strong impression on the Iranian theatre and artists, nevertheless, some controversies arose from it. Leftist artists, critics, and journalists in Iran strongly opposed Grotowski and his approach to theatre as such. This research analyses this controversy and the roots of it.

For what reason did the Iranian Communists oppose Grotowski to this extent? Was this opposition based on insights into his work or did it only stem from a misunderstanding? Why were Grotowski and his Iranian colleagues rather unsuccessful in their attempts to overcome this controversy? Were any political reasons the cause of these unfavourable attitudes toward Grotowski? These are the fundamental questions of this research.

There are many factors that contribute to the difficulty of deliberating this subject, such as the unprecedented characteristics of the subject of this study, the widespread prohibition on any leftist activity in Iran after the revolution of 1979, and most importantly the absence of written documentations. The author has endeavoured to compose a historical reconstruction that will be as well-documented as possible, relying on conversations with those who were direct participants, observers, and witnesses of the event. Many questions on the subject have remained unanswered and would be worthy of study in future research. 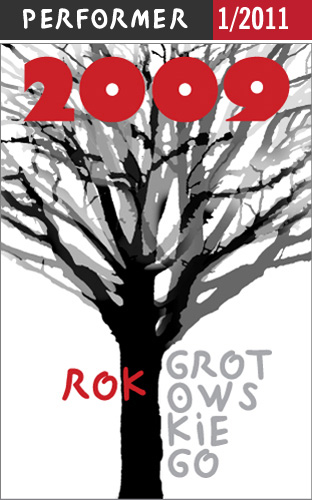