The short papers that follow are the product of a brief week of seminars that explored performance as a paradigm of cultural analysis. The seminars were divided into two sessions, the first, termed the Inside Meeting, were held in the mornings and introduced participants to some basic performance studies concepts through a selection of readings, short lectures, and much discussion. The afternoon, Outside Meeting, sessions offered the opportunity to transform Wrocław into a laboratory of sorts, in which participants applied what they were exploring in the morning sessions to investigate select ‘performance zones’ of the city that was hosting them. The culmination of the Outsie Meeting was to be the presentations of findings to colleagues in the seminar.

Participants were drawn from a range of countries, including Poland, the Czech Republic, Norway, the United Kingdom, Italy, Spain, Hungary, Australia, and South Africa. Despite the fact that English was not the native language of most participants, the seminars were conducted in English, all readings were in English, and the final presentations at the end of the week, which form the basis of the papers you are about to read, were also written in English.

For the purposes of the Outside Meeting participants were divided into groups. The choice of who worked with whom was left to participants, with the only guidelines being that each group should ideally include at least one native speaker of Polish (to facilitate interviews, read materials, translate etc.,) and one of English, who was to oversee the writing of the final presentation. The Polish requirement presented no problem and only one group did not include a native English speaker; however, I doubt if you could identify which group that was when you read the papers.

Prior to the seminar only a few of the participants had any exposure to performance studies, the vast majority did not. The seminar was intended to be introductory, an experience that might encourage participants to explore performance further as a means of better understanding what is embedded in many of our cultural tropes. That is a long-term ambition; in the meantime, both the organizers of the seminar and I were very impressed by the presentations made on the final day of the seminar – so much so that the Research Director of the Grotowski Institute, Professor Dariusz Kosiński, offered to have them published on the Institute’s website.

Group presentations to an audience, in which cogent thinking is glossed with personality and collective elan, is one thing; publication was something altogether else. It was agreed that each of the groups would polish their presentations over the next few months, communicating from their various countries through email and/or social media sites. I agreed to edit the results and work with the Institute in preparing the material for publication. Keep in mind that what you are about to read is the work of mostly young people who attended a week-long seminar with little exposure to performance studies prior to the seminars, and most of whom were working in a second (in some cases third) language. Editing took longer than I anticipated, mainly because many of the authors were deprived of working in their own language rather than because of any failure in thinking. The papers below contain only the ideas of their authors; my contribution has been to lead the seminar and to shape each group’s ideas into my native language.

In closing, I would like to thank the Grotowski Institute for the initiative that launched The Open University of Research Summer Seminar Program; I will be forever grateful for everyone at the Institute, all of whom were so generous with their time and who deserve medals for their problem solving skills; I especially want to thank the Director of the Grotowski Institute, Jaroslaw Fret, and Professor Dariusz Kosiński, who invited me to teach the seminar; likewise, I must thank Professor Kosiński’s assistant, Sylwia Fiałkiewicz, who is the incarnation of Polish generosity and efficiency. Last, and most importantly, I want to say thank you to the seminar participants. Working with them for a week in a late Polish summer in one of Poland’s most beautiful cities was an experience I will cherish for a long time to come. 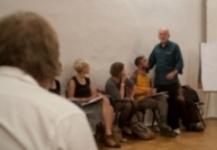 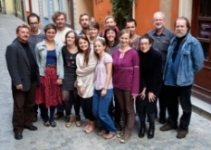 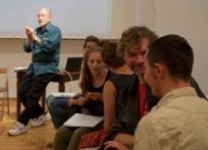 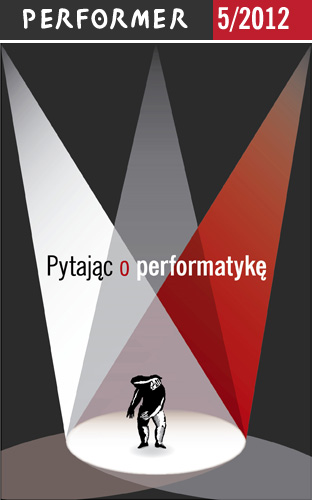