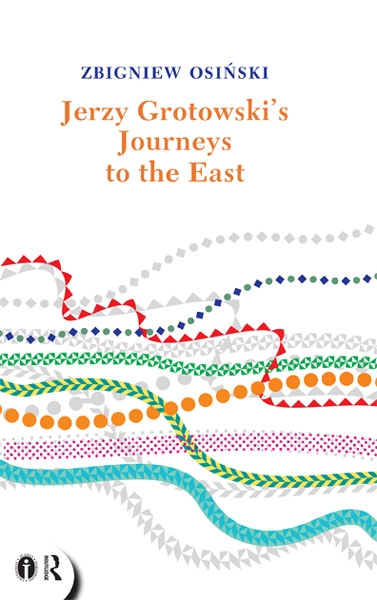 Jerzy Grotowski’s Journeys to the East

Jerzy Grotowski’s Journeys to the East is an unusual collection of facts, quotations, and commentaries documenting the real and metaphorical journeys of the Polish theatre director and 'teacher of performers’ into a geographical and cultural dimension which we used to and still call the Orient.

Grotowski’s contacts and meetings with the East are placed here in the context of his biography. Painstakingly researched by Grotowski’s main biographer Zbigniew Osiński, this book is necessary reading for those interested in Grotowski's deep relationship with the East and in the inspiration he drew from its various cultures. The book will appeal to all readers who feel a need to have a glimpse of the East from the perspective of one of the main theatre reformers in the twentieth century.

Zbigniew Osiński (born in Poznań, Poland, in 1939) is a theatre scholar, Professor Emeritus at the Faculty of Polish Studies at the University of Warsaw, and Professor at the Theatre Studies Department at the Aleksander Zelwerowicz National Academy of Dramatic Art in Warsaw. He was the originator, co-founder and first director of the Centre of Studies on Jerzy Grotowski's Work and of Cultural and Theatrical Research in Wrocław, Poland, where he also served as Artistic and Research Director from 1990 to 2004. He has published extensively on the history, theory and anthropology of theatre.