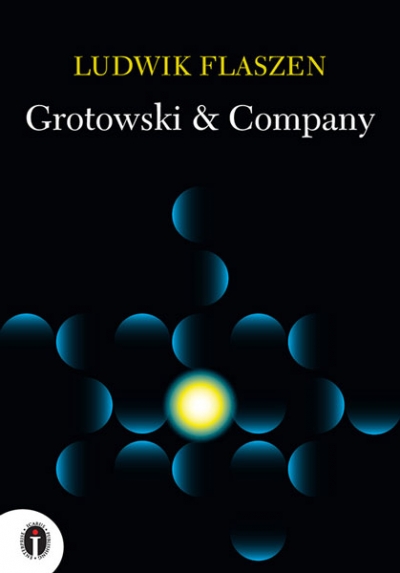 translated by Andrzej Wojtasik with Paul Allain, edited with the assistance of Monika Blige and with a tribute by Eugenio Barba and an introduction by Paul Allain

This collection of texts by Ludwik Flaszen, Grotowski’s main collaborator and co-founder of the Teatr 13 Rzędów (later the Teatr Laboratorium), gathers together key texts nearly all of which have never before been published in English. These include lectures, papers on issues such as actor training, as well as programme and explanatory texts on all the laboratory’s performances (including Cain, Shakuntala, Forefathers’ Eve, Kordian, Akropolis, The Tragical History of Dr Faustus, The Constant Prince and Apocalypsis cum Figuris). It provides insight into the concepts behind the practice of one of the twentieth-century theatre’s leading lights, and will introduce the cultural, literary, and historical dimensions of his work. The texts will open up understanding for English-speaking students, academics and practitioners of the social and political constraints affecting Grotowski’s working life, as well as the particular difficult and controlled circumstances in which Polish theatre artists operated, even whilst their theatre was seen to represent the pinnacle of theatrical achievement in the world.

The book ranges across reflective papers, programme notes, polemical pieces, interviews, as well as critical reviews. Historically, it will focus mainly on the production period of Grotowski’s work (1956-69), but will also include texts from other phases such as paratheatre (1969-76), as well as more recent pieces, including five written especially for the book. It comprises over thirty texts, as well as Allain’s introduction and a short tribute by Eugenio Barba.

The translations by Andrzej Wojtasik with Paul Allain have been co-funded by the Grotowski Institute, the Institute of Adam Mickiewicz, Warsaw, under the auspices of their UK Polska! Season, and the Arts and Humanities Research Council, who have funded the British Grotowski project.

Ludwik Flaszen was co-founder and co-producer of Grotowski’s Teatr Laboratorium during the entire period of its existence (1959-84), and director of this theatre in the 1980s. Critic, writer, longtime partner of Grotowski in creative dialogue. Practitioner who led paratheatrical actions and acting workshops in many countries. Author of Cyrograf, a collection of essays and short prose on the situation of the individual within totalitarian systems (first edition, 1971; French version, 1990). A tome of his essays about theatre entitled Teatr skazany na magię (1983) contains texts related to his collaboration with Grotowski and his contributions in forming the creative doctrine of the Teatr Laboratorium. Since 1984, following the dissolution of the Teatr Laboratorium, Flaszen has been living in Paris. He was a member of the Honorary Committee of The Grotowski Year 2009.