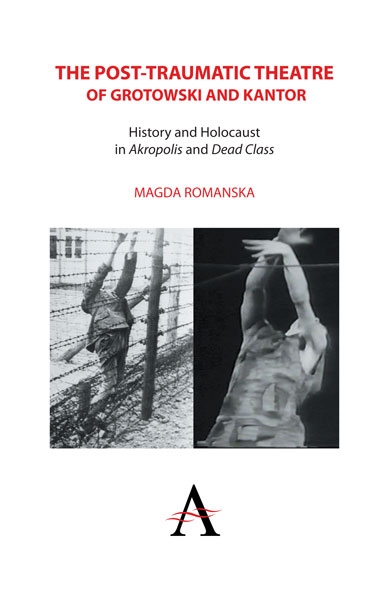 The post-taumatic theatre of Grotowski and Kantor. History and Holocaust in „Akropolis” and „Dead Class”

with a Foreword by Kathleen Cioffi

Despite its international influence, Polish theatre remains a mystery to many Westerners. The Post-traumatic Theatre of Grotowski and Kantor attempts to fill in various gaps in English-language scholarship by offering a historical and critical analysis of two of the most influential works of Polish theatre: Jerzy Grotowski’s Akropolis and Tadeusz Kantor’s Dead Class. By examining each director’s representation of Auschwitz, this study provides a new understanding of how translating national trauma through the prism of performance can alter and deflect the meaning and reception of theatrical works, both inside and outside their cultural and historical contexts.