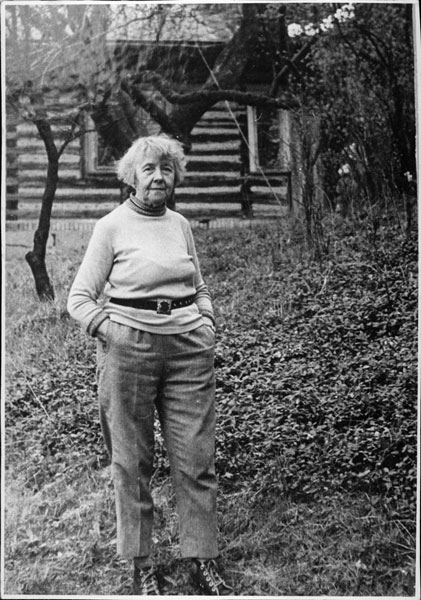 (1897–1978), mother of Jerzy and Kazimierz who both owe a great deal to her wise, dependable and heroic nature. She was born in Lwów (Lviv) and qualified as a teacher in Rzeszów. At the age of seventeen, she met her future husband Marian, although it was not until 1929 that she married him. She worked as a teacher in the Podlasie region before moving to a village school near Rzeszów. In 1930 she gave birth to her first son Kazimierz, who was followed by Jerzy in 1933. Around this time, she gave up her professional career and moved instead from city to city as her husband’s work demanded. Her husband was separated from them in September 1939, following which she escaped with the boys to Soviet-occupied Ukraine for a short time before returning to Rzeszów. From autumn 1940, she was employed as a teacher in the village of Nienadówka where she also tended to her sons’ education. She spent a short time in the village of Załęże from 1944 before moving back to Rzeszów to work as a teacher following the end of the German occupation. In 1950, primarily due to Jerzy’s illness, she moved with him to Kraków where she worked as an administrator in the district social security court. Following her retirement at the age of 60, she engaged in her passion of travel, often walking in the mountains and also travelling with her son Kazimierz around Europe. In 1976, meanwhile, she travelled together with Jerzy to India and Sri Lanka. She died suddenly of a heart attack while on holiday in Rytro, Poland. She played a vastly important role in the lives of her sons. Some years after her death, Jerzy said that ‘my mother was my first guru’.