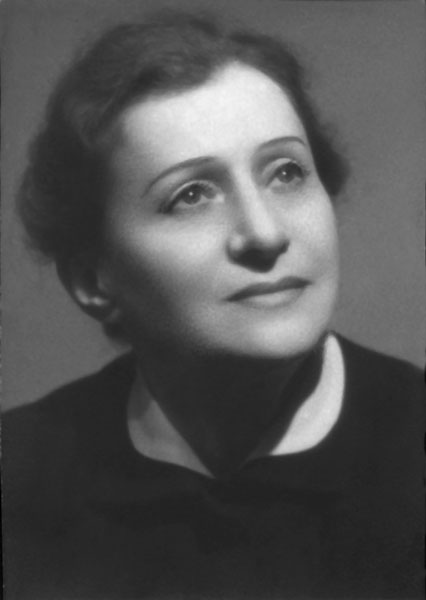 (1890–1974), actor, teacher, director; second wife of the renowned director and set designer Iwo Gall (1890–1959). She spent the first part of the First World War in Moscow, where she acted in the Polish Theatre and was a member of the group of young actors working with Mieczysław Limanowski on Mickiewicz’s Dziady (Forefathers’ Eve). It was at this time that she encountered Konstantin S. Stanislavsky who is said to have offered her a place at the Moscow Art Theatre Studio. From 1916 until the end of the war she was in Kyiv, where she collaborated with Juliusz Osterwa. Although in 1919 she was part of the group working in Warsaw with Limanowski on Dziady, it was not until 1923 that she joined Reduta, the theatre whose core comprised actors who had previously been working in Warsaw. She was a member of Reduta’s company until 1929, although she continued to work with the theatre in later years (including as a teacher at Reduta’s Institute between 1931 and 1939). She was employed primarily, however, in the theatres directed by her husband (Teatr Kameralny in Częstochowa, 1932–35; Teatr Bogusławskiego in Kalisz, 1936–38). During the occupation, she ran a secret studio theatre in Warsaw together with Iwo Gall (1941–44). After the war she continued to work in theatres directed by her husband (Teatr Wybrzeże in Gdańsk, 1946–49 and Teatr Stefana Jaracza in Łódź, 1949–52). From 1953, she was based in Kraków, working primarily as an actor at the Stary Teatr (1955–64) and as a professor at the State Theatre Academy (PWST; 1953–68). She was one of the most important, most loyal and most idealistically-minded members of Reduta. Osterwa envisioned her as one of the directors of the new ‘Dal’ organisation that he envisioned during the war as a transformed version of Reduta. Grotowski first encountered her in her role as a teacher at the State Theatre Academy before later working with her as a co-director of Ionesco’s Chairs and as director of Uncle Vanya at the Stary Teatr. For Grotowski, Halina Gall embodied a model professional work ethic which he would present as an example in subsequent years to young actors. She was also an important (perhaps the most important) source transmitting the ideals and traditions of Reduta to Grotowski when he was still a young director.