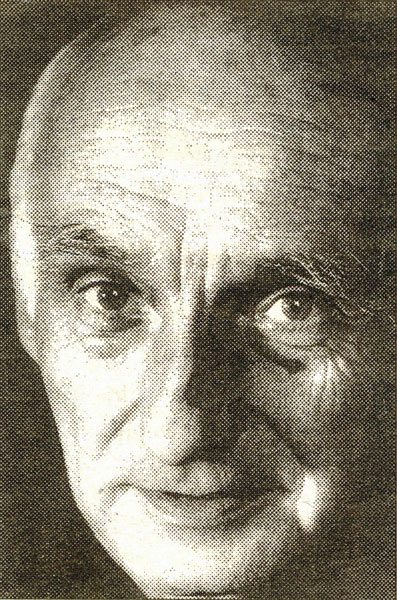 (1934–1996), actor. He began his stage career during the 1953/54 season as an unqualified actor at the Teatr Domu Wojska Polskiego (House of the Polish Army Theatre) in Warsaw. Between 1954 and 1957 he worked with Warsaw’s Estrada. In 1959 he was employed by Teatr Ziemi Opolskiej (Opole Regional Theatre) before joining the Theatre of 13 Rows a year later (officially from 1 May 1960). He appeared in Cain (as an understudy to Stanisław Szreniawski as Abel), Mystery Bouffe, Shakuntalā (as Jog I), The Tourists (Turyści), A Silesian Memoir (Pamiętnik śląski), The Idiot (as Radomsky), Kordian (Old Man, Fear), Dziady (Forefathers’ Eve, as the Priest), Akropolis, Dr Faustus (as Cornelius, the Cardinal, Emperor Friedrich) and Hamlet Study (Studium o Hamlecie; as Guildenstern) and in the Estrady Poetyckie (Poetic stages) series: Oratorium robotnicze (A Worker’s Oratory), Maski (Masks) and, finally, Pieśni (Hymns), which he also directed.

He was among the most hard-working and perseverant members of the company, while his work at the Theatre of 13 Rows allowed him to develop significantly his professional abilities (in 1964 he was awarded a diploma in acting by extramural exam). After the theatre moved to Wrocław and following a disagreement with Grotowski in April 1965 he left the company. Following several months of guest appearances he was employed by Wrocław’s Teatr Rozmaitości (renamed Współczesny in 1967). He appeared on its stages until the end of his life and also worked as both an assistant director (on performances by Jerzy Jarocki, Andrzej Witkowski, Helmut Kajzar and Kazimierz Braun, among others) and also a director (including a version Tadeusz Różewicz’s Pułapka [The Trap] in 1984). He also made cameo appearances in numerous films.