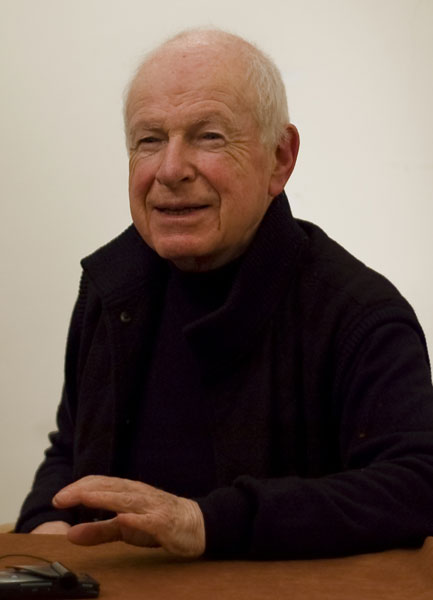 (b. 1925 – d. 2022), British director and artistic director, considered one of the masters of theatre in the second half of the twentieth century. He made his debut as a nineteen year-old staging Christopher Marlowe’s Doctor Faustus and Jean Cocteau’s The Infernal Machine at the Torch Theatre in London. In 1945 he collaborated with the Birmingham Repertory Theatre before working with the Royal Shakespeare Company (RSC), where he enjoyed great success with a version of William Shakespeare’s Love’s Labour’s Lost which featured a set design modelled on the paintings of Jean-Antoine Watteau (1946). Further stagings of Shakespeare brought him publicity and recognition, and controversy (Romeo and Juliet, 1947; Measure for Measure, 1950), as did an opera (Richard Strauss’ Salome with set design by Salvador Dalí, 1949). He earned international recognition with versions of Shakespeare’s Titus Andronicus with Laurence Olivier and Vivian Leigh (1955) and Hamlet (1955) with Paul Scofield. In 1962, he became one of the co-directors of the RSC, almost immediately causing a sensation with his King Lear (1962) with Scofield in the title role (filmed in 1970, this version today has legendary status). In the subsequent years, remaining within the structures of the RSC, he engaged in ever more daring theatrical experiments inspired by the ideas of Antonin Artaud (Peter Weiss’ Marat/Sade, 1962) and Jerzy Grotowski, who was invited together with Ryszard Cieślak to work on the anti-war documentary montage US (1966). His final piece with the RSC was a legendary interpretation of Shakespeare’s A Midsummer Night’s Dream (1970).

In 1971 he left Great Britain and founded the International Centre for Theatre Research, which in 1974 moved to the rebuilt Bouffes du Nord and became known as the International Centre for Theatre Creation. Here, together with his international team of collaborators (including the poets Ted Hughes and Jean-Claude Carrière), Brook continued his experiments which referenced various world performance traditions (Orghast, 1971; The Conference of the Birds, 1972; Mahabharata, 1985), with a particular focus African traditions with which he became acquainted during his group’s famous expedition in 1972–73 (including the works Woza Albert! by Mbongeni Ngema, 1989; Le Costume by Can Themba, 1999; and Tierno Bokar by Amadou Hampaté Bâ, 2004). He employed his experiences and the specific qualities brought to the group by having actors from various cultural backgrounds in later stagings of Shakespeare (The Tempest, 1990; The Tragedy of Hamlet, 2000).

Throughout his career he has regularly directed operas, engaging in experiments with the aim of enlivening its established conventions (The Tragedy of Carmen based on George Bizet’s opera, 1981). He has also directed films (including Moderato Cantabile, 1960; The Lord of the Flies, 1963; Meetings with Remarkable Men, 1979). Thanks to his consistency, high quality works and his broad interests, Brook is an undoubted authority in contemporary theatre.

Since the mid-1960s he has consistently supported the theatrical activities of Jerzy Grotowski, inviting him to collaborate and visit the theatres Brook has run (from the RSC in 1966 to Bouffes du Nord where in 1996 Grotowski held his first lecture as a professor of the Collège de France), while also using his standing to assist Grotowski in difficult periods (particularly in the 1980s). Brook is among one of the most outstanding and most distinguished commentators of Grotowski’s works and writings, as shown by, for example, the extended section of The Empty Space dedicated to the work of Grotowski or his foreword to Towards a Poor Theatre where Brook was the first to employ the concept of ‘Art as vehicle’, which Grotowski adopted years later as a description of the final phase of his work. During The University of Research of the Theatre of Nations in 1975, Brook led three days of training in Wrocław (17–19 May).

Between 1991 and 2009 Peter Brook came to Wrocław six times to attend conferences, take part in in-conversation events, and present his performances and films. As a guest of the Grotowski Centre he first arrived in 1991 in connection with the Polish premiere of his film Meetings with Remarkable Men and the promotion of Peter Demianovich Ouspensky’s book Fragmenty nieznanego nauczania (original title: Fragments of an Unknown Teaching).

Peter Brook has presented the following productions in Wrocław: Le Costume (2002), Tierno Bokar (2005), Le Grand Inquisiteur (2007), Fragments (2009) and 11 and 12, a co-production of the Grotowski Institute, London’s Barbican Centre and CICT/Theatre des Bouffes du Nord of Paris as part of the Masters in Residence programme.