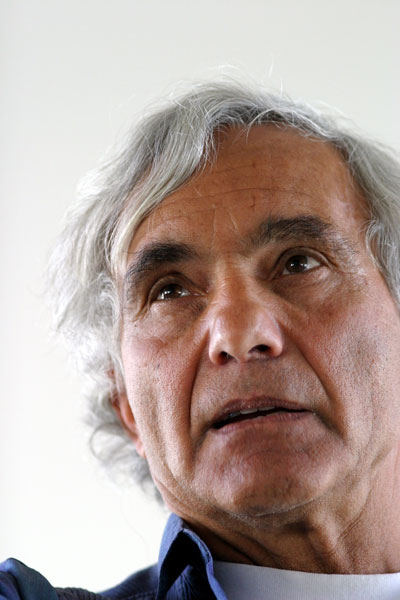 (b. 1936), director, founder and leader of Odin Teatret, performance researcher, founder of Theatre Anthropology. Having left his native Italy in 1954, he was initially employed as a sailor and then as a worker in Oslo where he also began university studies. In 1961, he came to Poland on a UNESCO grant and took up a degree in directing at the State Academy of Theatre (PWST) in Warsaw. In June 1961 he began collaborating with the Theatre of 13 Rows in Opole and quickly became one of Grotowski’s closest collaborators during this time. This collaboration was formalised in February 1962 when Barba, with permission from his supervisor at the Academy of Theatre Bohdan Korzeniowski, became Grotowski’s official assistant director (a role he performed during work on Akropolis and Dr Faustus). Having become fascinated by Grotowski’s theatre, Barba became an untiring promoter of Grotowski in the West and was the author of the first book about him (Alla ricerca del teatro perduto, 1965), and was also co-author, editor and publisher of Towards a Poor Theatre (1968). This fascination was also evident during the first years of the activities of his Odin Teatret, founded in Oslo in 1965 before moving a year later to Holstebro in Denmark (during the first years of its existence, Grotowski and his actors were regular visitors to Holstebro). In the 1960s, Barba also became known for his promotion of classical Indian performances, in particular Kathakali, a form he first encountered during his first trip to India in 1964.

By the early 1970s he had established a reputation as one of the most important figures in independent theatre in the world, not only in his capacity as the leader of Odin and director of its performances (including Ornitofilene, 1965; Ferai, 1969; My Father’s House, 1972; Milionen, 1978; Brecht’s Ashes, 1980, 1982; The Gospel According to Oxyrhincus, 1985; Talabto, 1988; Kaosmos, 1993; Mythos, 1998; Andersen’s Dream, 2004 and Ur-Hamlet, 2006), but also as the author of inspiring manifestoes (The Third Theatre, 1976; Theatre Culture, 1979; Eurasian Theatre, 1988) and as creator of The International School of Theatre Anthropology (ISTA). In all of these areas of activity, Barba developed the methods and ideas of his own original version of an intercultural theatre seeking the universal principles that shape not only the theatre but also human action in a performance situation.

He developed, among other things, an original practice of cultural exchange (known as barter) in organising and fulfilling visits by his group to communities without any previous experience of theatre (for example, a trip to the South American Yanomami tribe). At the same time, through his artistic practice he created a practical synthesis of twentieth-century experimental theatre (apart from Grotowski, Vsevelod Meyerhold was a particular influence), non-European theatres, particularly Eurasian theatres, and elements of folk and popular culture. In borrowing liberally elements of the whole cultural output of humanity, linking them in contrasting and surprising ways, through his performances Barba aims to question superficial ‘truths’ and instead show the ambiguity and complexity of both collective and individual experience. Typical of the performances he has directed is an unusually dense use of metaphors on stage which then undergo further, often surprising metamorphoses. Barba’s theatre is a poetic theatre of surprise whose conceptuality is imbued with the truth of actors’ experiences. In contrast to Grotowski, Barba never withdrew from creating further performances but saw theatre work as a means of social and political activism. These same principles guide the work of Odin Teatret.

He has presented his views and experiences in numerous books (Beyond the Floating Islands, 1985; The Paper Canoe, 1995; On Directing and Dramaturgy: Burning the House, 2010). He is also the co-author of a fundamental work, A Dictionary of Theatre Anthropology: The Secret Art of the Performer (1991). He has described his years in Poland and collaboration with Grotowski in the book Land of Ashes and Diamonds: My Apprenticeship in Poland (1999). In 2003, he received an honorary doctorate from the University of Warsaw, while in 2009 he received the Polish Gloria Artis Medal.

Ian Watson: Towards a Third Theatre: Eugenio Barba and the Odin Teatret, Routledge 1993.