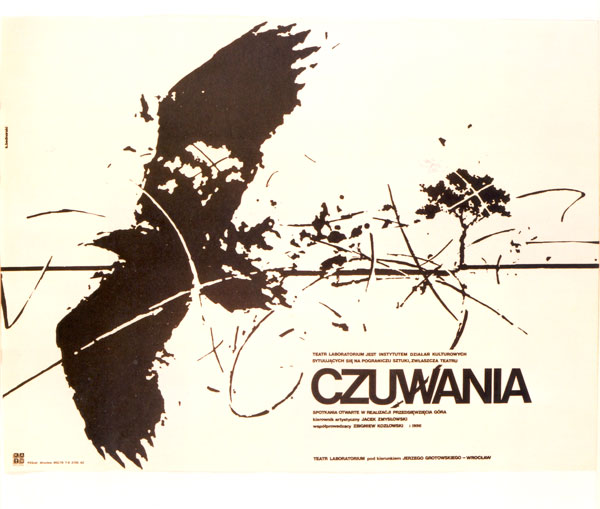 cyclical dramatic actions, lasting many hours, carried out by a group of members of the Laboratory Theatre and led by Jacek Zmysłowski (including Jairo Cuesta, François Kahn, Zbigniew Kozłowski, Irena Rycyk, Katharina Seyferth). The Vigils belong to the ‘second phase’ of experiments in the field of active culture and employ the experiences gained during the period of paratheatre. They were open to people willing and ready to engage in active participation and embrace new experiences, with participants generally not subject to prior selection.

The Vigils were based on improvised collective performative actions of a highly varied nature and dependent on the needs of participants, with the group leading the inspiring actions, initiating them and, if necessary, also changing their direction. The chief principle of The Vigils was action in an empty space without any props or technical support. No words were used during action, there were no prior explanations and nothing was commented on. Each participant was free to leave the space at any time. The Vigil began with silence and motionlessness before advancing to the next phases of actions led by the ‘guides’, eventually forming a type of net within the space which drew in the participants. The particular phases of an event began at the time when the participants carried out and then developed an action in a process which Zmysłowski termed ‘personalisation’. The first Night Vigils took place in autumn 1977 in Wrocław as a preparatory stage of Mountain Project, with subsequent Night Vigils carried out following the Project’s completion. They took place in Wrocław and during guest performances in Poland (Gdańsk, Tarnobrzeg), as well as during the Laboratory Theatre’s visit to Milan in November 1979, where the documentary film Vigil, directed by Mercedes Gregory, was also created. Further work on the Vigils was curtailed due to Zmysłowski’s illness, although elements from them were including in Tree of People.